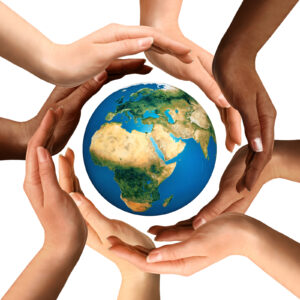 Tobago has problems: poverty; gang violence; domestic abuse; family dysfunction; political corruption; addiction; environmental destruction; dwindling resources; problems in education; gender inequality; racism; homophobia.  These problems are universal.  Countries much richer and bigger than ours struggle with these ills. There are countries that have more severe problems than us and some that seem to have fewer, but every nation must work to elevate the safety and dignity of its citizens and residents.

On every continent, in every society, there are people striving to eradicate these problems.  They are fighting it in their own way—by aggressive or passive means—to make the world one that someday we can all be proud to inhabit.

It can be discouraging for those striving. There are those actively seeking to stop change to contend with, and there are those who passively wish for change but never get off the couch.

It can also be a rough road because fixing one problem seems to lead to another:  protect the coral reefs but put poor fishermen out of business; arrest the gang-bangers, but then the family falls apart as parents and children are separated.  We feel like bugs caught in a sticky spider’s web, overwhelmed by the sheer complexity of the problems and the potential solutions.

Sometimes people don’t take action against it because they simply don’t know what to do.  When politicians discuss the major problems of the nation, they tend to reduce it down to simple rhetoric.  Slogans can be powerful, but they don’t really help us solve our problems.

None of these issues stand in isolation: poverty; addiction; mental illness; racial inequality; societal dogma; political strife and war; all these things contribute and compound the problem of domestic abuse, and domestic abuse contributes right back towards crime, addiction, failings in education, wasted resources, political impotency, and so forth.

In any form, violence reverberates like shockwaves through our world.

Since I can’t fix all the problems, I strive to change people’s attitudes about domestic violence and abuse. Traditionally viewed as “a private matter,” people tend to look the other way when neighbors or coworkers show signs of abuse.  They don’t want to butt in on “other people’s business.” Except that violence is not a private matter, it is the business of society as a whole.  So I make it my business to take it out from behind closed doors and onto the national stage.

It’s not enough, of course.  I can’t fix this world alone.

So today I want to give some recognition to some of our sister organizations. for example, strives to teach men and women conflict resolution and non-violent communication.

Ms. Laura Pascall, of the Reach Out And Touch Foundation 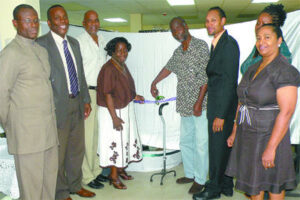 strives to help the youth of this country escape the cycle of poverty and crime by empowering them and helping them find ways to become responsible citizens.

This tangled, sticky web of problems can seem daunting, and it is tempting to give up and hope for an afterlife free of it. Except that the only way to get out from under the web is to cut away each string as it wraps around our island.

That’s why I want to thank Mr. Ryan and Ms. Pascall. Because my efforts alone might seem futile or naïve, but when you put all our work together, we can make real changes.

We can change. Not by slogans or trim phrases, but by all of us working together—from the offices of Parliament to our family dinner tables—to make Trinidad a better place.

What is Domestic Abuse/Violence?

Domestic abuse is the willful attempt to gain absolute control over a loved one (generally a spouse or partner) by any means necessary. Domestic Violence is the use of force (or the threat of force) to keep a victim under the absolute power of their partner.

Domestic abuse and violence can happen to anyone. Gay, straight, male, female, young, old, rich, poor, educated or uneducated: abuse happens to people of all races, classes, and backgrounds.